Quick Links
Contact Us
Translate
Search
School will be closed Monday 25th January due to inclement weather. Please see social media/ check your email for further information. If you have any questions or comments about remote learning, please message your child's year group email.

At A.R.H., we are dedicated to promoting British Values in our school. With this in mind, Miss Milligan and Mrs Lawes decided it would be a fantastic show of democracy for members of the School Council to run for Head Councillor and be voted for by their peers. The Head School Councillor would have many duties and responsibilities, such as: helping Miss Milligan run the School Council meetings, consistently being on the interview panel, having the deciding vote in the event of a tie and being the face of the School council, which recently saw them open the brand new school library.

Every class in KS2 was given the chance to watch the videos, discuss those in the running and then finally take part in a secret vote on who they wanted to become Head Councillor. The vote was very close but our new Head Councillor is Jakub Kropidlowski and he was delighted with the result. Elissa Fletcher was a very close second and she will be supporting both Jakub and Miss Milligan at the School Council meetings as Deputy Head Councillor. Congratulations Jakub and Elissa! 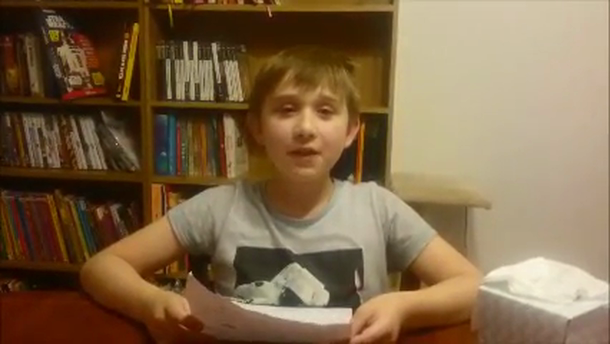